Molly and I went to Rockin' Jump today to celebrate Leo's 5th birthday.  It was an indoor trampoline place and the kiddos had a great time running around.  I was holding Leo's little sister Aubrey when a few parents informed me Molly was crying.  She was in the Big Rockin' Arena with the big kids.  Molly had figured out she could run up the dividers between trampolines, jump once, and clear it over to the next divider.  There was a curtained off area for 6 & Under, but she was having fun running around… and not paying attention to the big kids.  I could not see her from where I was standing as the opening to the Arena was not very big.  She came up to me crying and two seconds later a young boy (I'd guess 11 to 12 years old) came running up.  He was mid flip when she ran under him.  He apologized profusely and told me there was nothing to grab on to as he was in the air and he was really sorry he landed on her.  I had to give him credit for fessing up immediately and taking responsibility.  Molly was more shaken up than anything.  I asked some employees for an ice pack and we went over to some couches.

Luckily Aubrey was a great distraction and before you know it Molly was trying to get her to laugh.  With Molly's fair skin it would have been pretty clear if she had been hurt.  Other than some red blotches from crying she was fine.  Before I knew it she was back to the Rockin' Splash area (foam pit) and doing front flips.  This area is one kid at a time and I think she felt safe there.  However, she did return to the Big Rockin' Arena before the party ended, but this time she kept to the 6 & Under area. 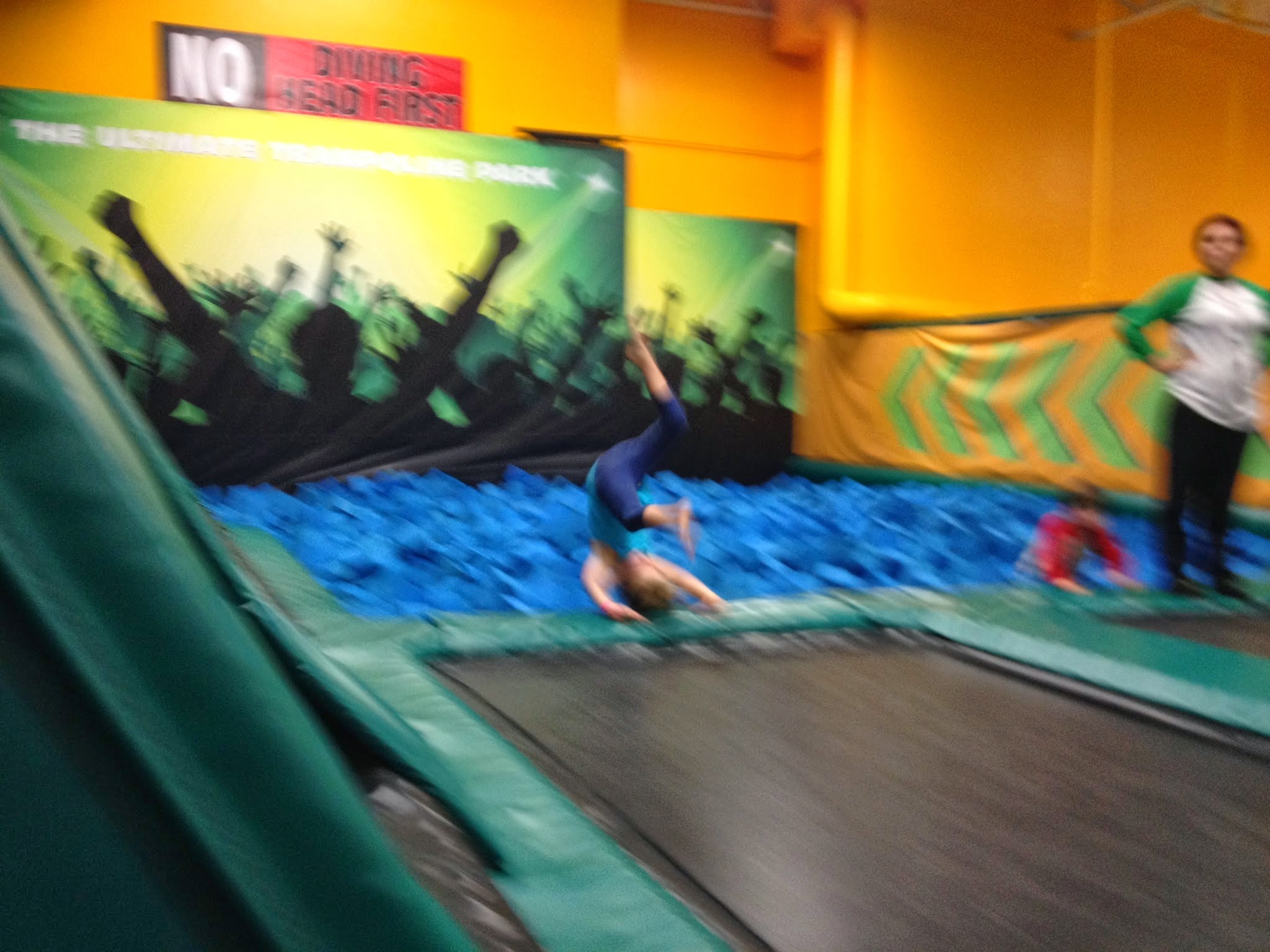 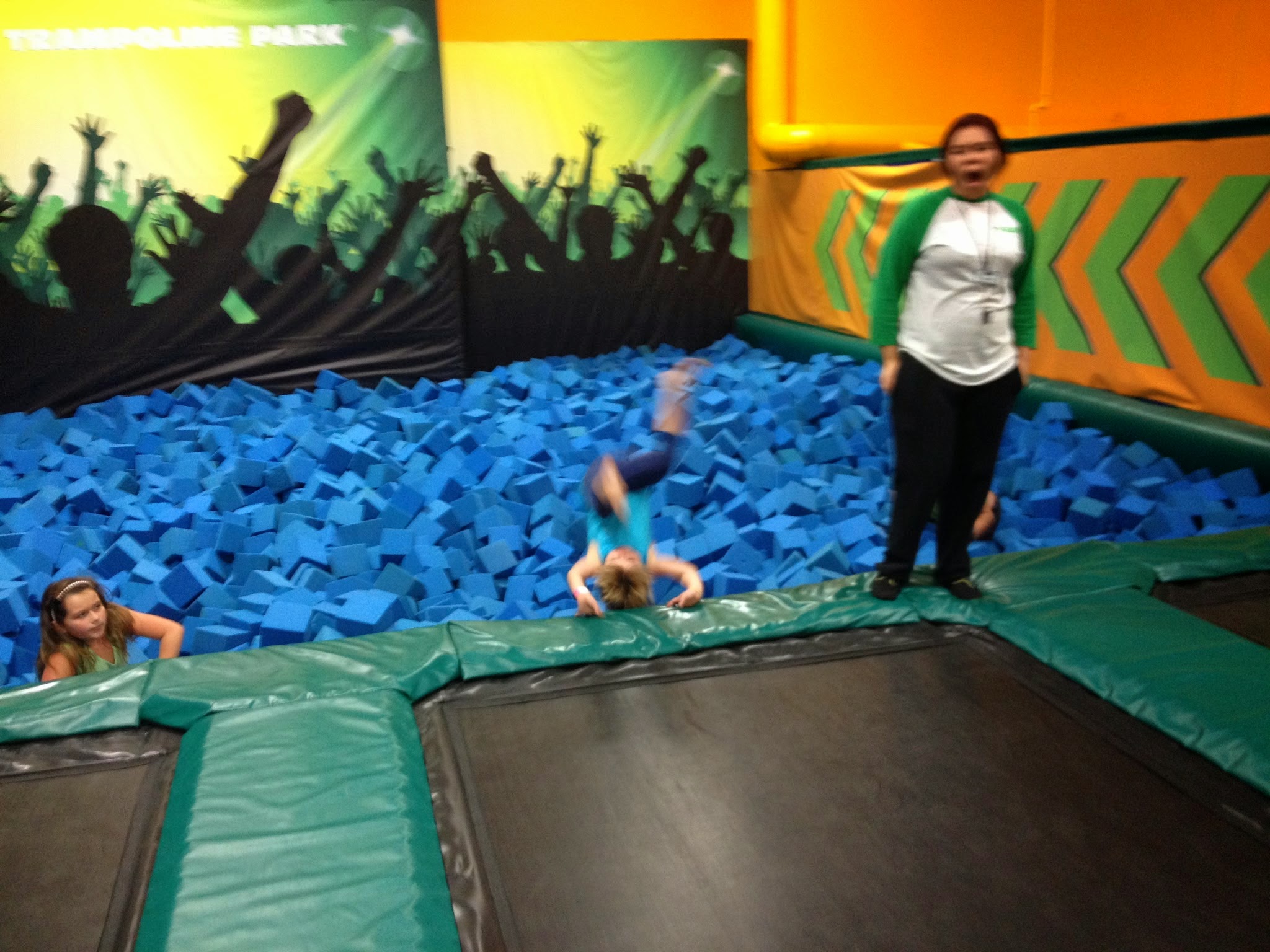 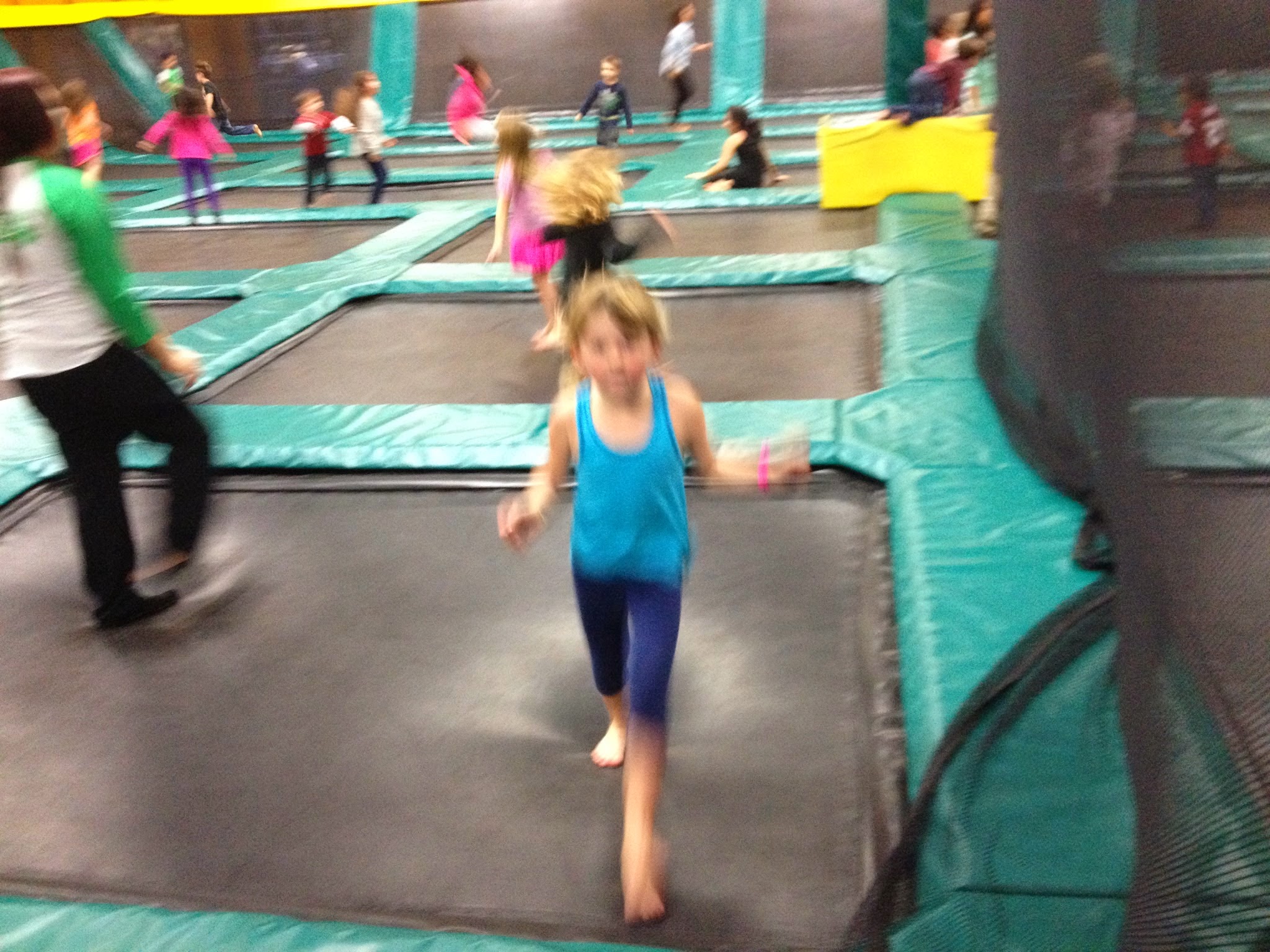