N signed up for a 199 mile relay race this weekend from Calistoga to Santa Cruz.

He was even able to convince a few friends to join him.

Since his last leg was finishing up just a few miles from my parents place I decided to meet up with him as he completed his part.  I dropped Molly off at my parents and headed up the hill.  Oh yeah, his last leg was UP... a 1,000+ feet UP.  This was also after his first leg was done in 90 degree heat. 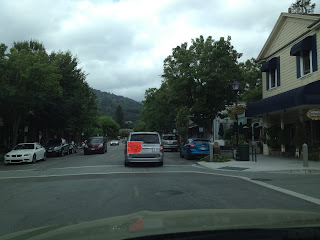 This is not N's van, just one I spotted heading through downtown Saratoga on the way to my parent's place.  When I got to the finish of leg 29 I saw 7 fire trucks come down the mountain. 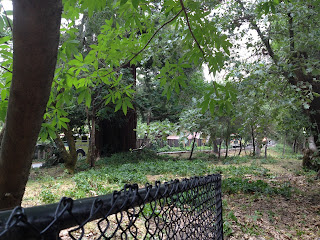 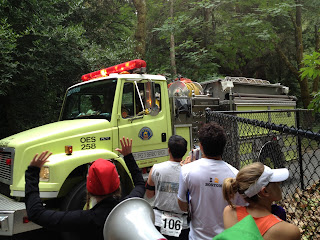 The rest of N's van arrived shortly after these trucks passed through.  I was looking for a red shirt because N packed all his Netflix tees to run in.  Almost missed him coming down when I realized he was wearing white.