In hindsight we should have celebrated Christmas on Christmas Eve and drove up to the cabin on Christmas Day.  Instead we left the day after Christmas and it took us EIGHT freakin' hours to get there.  We actually made pretty good time to Placerville, but that last hour and 15 minutes took us almost FOUR hours.  It didn't help that we were completely stopped at one point (engine OFF) for a solid 40 minutes.  Of course this happened in a dead spot cell phone wise and we didn't even have enough signal to call someone to look up the Cal Trans site for us.  We were wondering if 50 had been shut down for avalanche control.  Once we got going we came across three different vehicles that had been towed to the side of the road.  Two of them had their air bags deployed, but it didn't look like anyone was hurt.  It was slow moving from that point forward as the snow was coming down pretty steady at this point, but we finally made it to the cabin.

Molly being the "windshield wiper": 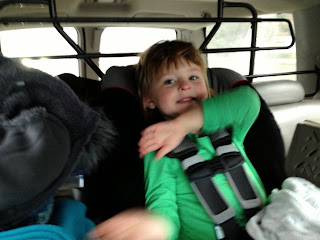 That was exhausting work! 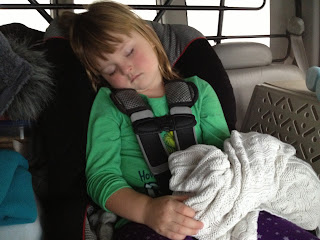 Chain checkpoint.  4WD and snow tires?  You may go. 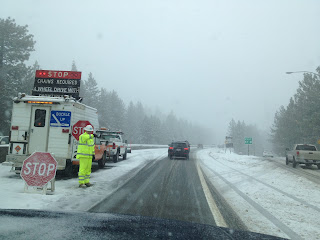 Pit stop to grab windshield wiper fluid that doesn't freeze.  Dogs were wanting out at this point... well, maybe not out into the snow, but out into a nice warm cabin. 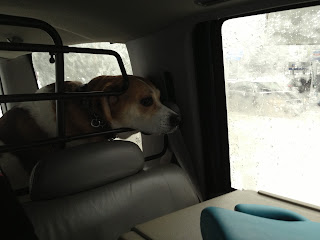 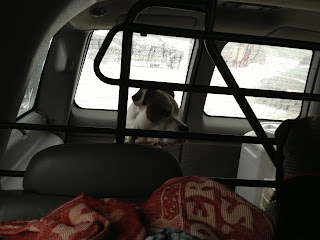 Sucks to be THIS guy: 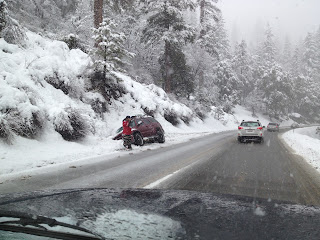 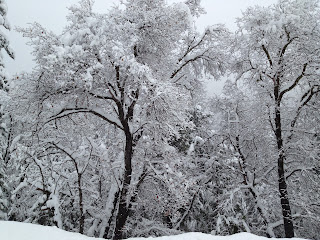 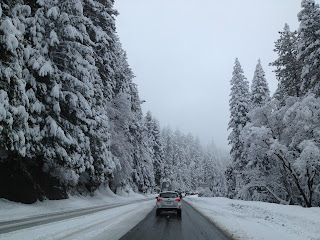 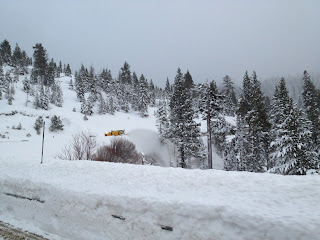 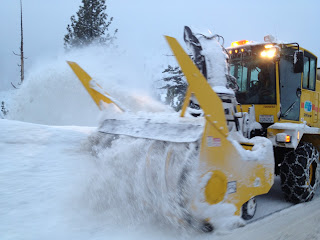 Yeah, just a little foggy coming down from the summit: 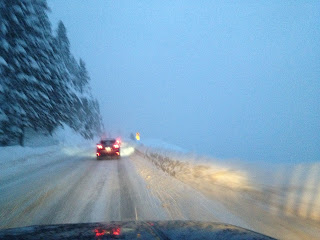 Of course, our power had been turned off and there was no way for us to access the Nest remotely.  It was 31 degrees INSIDE the cabin when we arrived.  Guh! 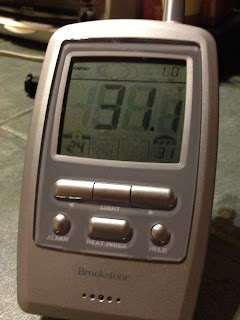 Also, the top inch or so of the tank behind the toilet was frozen.  It thawed out and there were no leaks, but we were concerned it might have been the bowl that would be frozen and that would have SUCKED. 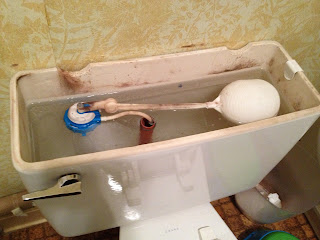