Today was the Harvest Festival at Molly's school.  I knew it was going to be a warm day and the kids would be running around so I suggested to Molly that she wear her new superhero outfit instead of her mermaid dress (which has a long skirt that makes it a little tricky to do a lot of walking in).  She agreed and was super excited about going to school. 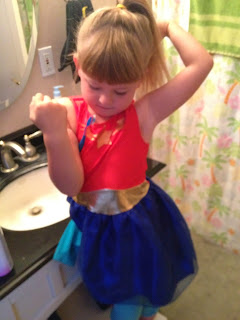 Each class had their own booth with a snack item and an activity.  Molly's class did banana ghosts and had stickers out so kids could make their own collages.  They also had several large pumpkins with hidden treasures that the kids had to dig out. 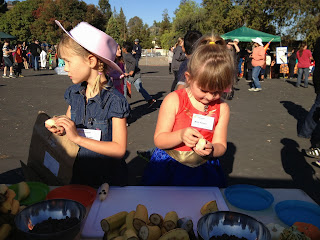 Teacher Katie paired up everyone in class and they were to stick with their partner.  The entire festival took place out on the blacktop, but kids were allowed to run around and check things out.  I was scheduled to set up their booth, but then became a floater to keep an eye on the kids running around.  There were a lot of other parents present as well.  I did make name badges for all the kids so they would be identified as kinders.  The kids loved their name tags and were happy to wear them. 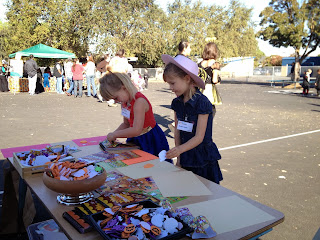 The kids were also given loot bags to hold all their treasure as all the booths had a craft and a snack. 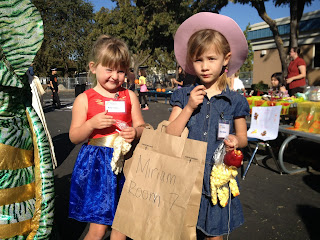 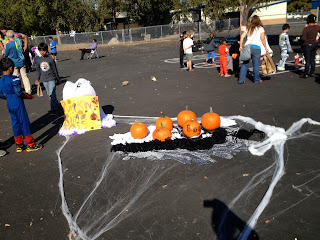 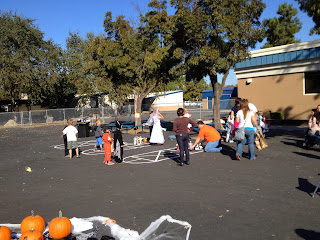 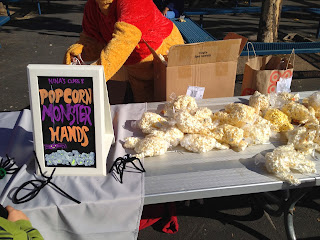 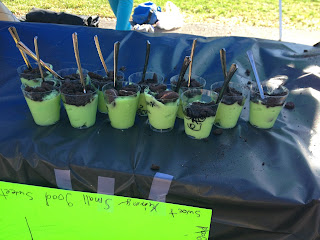 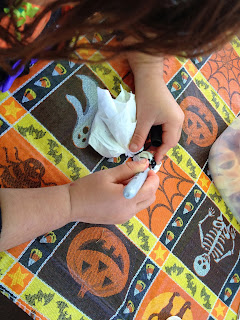 There was even an obstacle course set up on the lawn.