One of my jobs at Molly's school is Field Trip Coordinator.  The trickiest part was making sure everyone that was bringing a car seat actually brought a car seat and that they were all installed properly before it was time to go.  One carseat was giving one of the mothers some troubles, but luckily that kid's dad was working in a classroom right off the bus loop where we were loading up.  Phew!  I was also lucky that I had enough volunteer drivers for the Field Trip that I didn't actually have to assign anyone to drive.  Hopefully that trend continues.

Teacher Katie took car of assigning kids to each car and then I posted that list about a week ago.  The official school policy is every child that falls under CA State Law for carseats/boosters needs to be in their own car seat.  However, there are so many families that carpool with each other kids are riding in spare or sibling car seats already.  I posted the official carpool list a week early and advised parents to talk amongst themselves about whether they were going to bring a car seat or use one that was already available in that car.  I'd say we had about a 50/50 split.  It greatly reduced the number of car seats we had to install before leaving and that made things run a lot smoother.  Ah, the things you get to deal with at a charter school that can't afford buses.

The kids were ecstatic to go on their first field trip and had a great time.  I chose a pumpkin patch I knew from our previous school as it was close by and had very simple directions.  The kids arrived and blew off some steam in the hay bale maze.  Then it was time for a tour of the patch and an introduction to all the different types of pumpkins, squash, and gourds they had on site.  After that they had their snack and some free popcorn.  Then it was time to paint pumpkins.  A scavenger hunt list was given out and while the kids were busy finding those hidden treasures small groups were taken into the petting zoo area.  The kids LOVED it and wanted to know when the next Field Trip was going to take place. 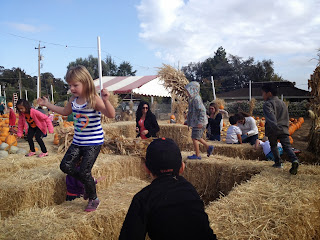 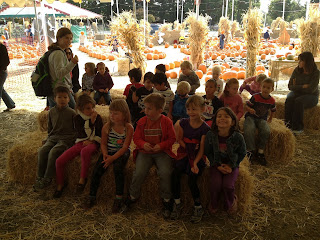 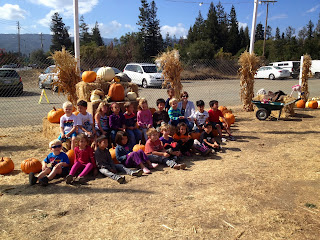 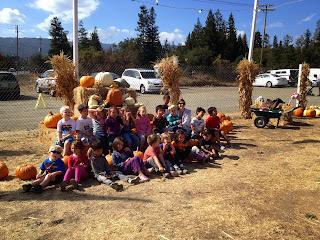