My gift to Molly was to clean up her room… and NOT take a garbage bag to it! 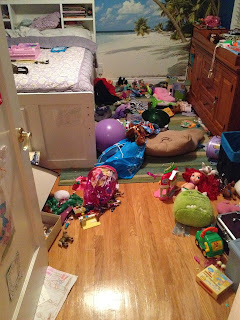 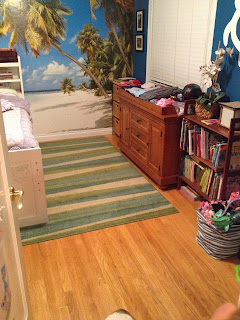 There had been 9 play dates at our house in the last two weeks and so many things had been dumped on her floor.  Since Molly never played with any of the mini Lego sets she's been given I was able to get rid of every single one!  Phew!  Then we filled up three garbage bags of stuffed animals… another thing she never really played with.  Plus I was able to get rid of a lot of the super teeny accessories for the pocket size dolls she loves.  If it's smaller than a penny, it's too small!

I wanted to do a bigger purge before Christmas, but we did end up with 5 bags to drop off at Salvation Army so that will have to do… for now.  Another purge is definitely coming when things are a little less busy.
Posted by Kim at 7:46 PM